Amazon / All Romance / Barnes and Noble 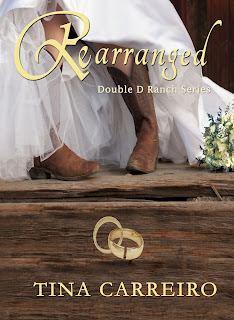 Carly West is good at taking care of herself—she’s been doing it since her mama died. She can even make marrying a man she didn’t choose work. But when gorgeous ranch foreman, Wade Dawson struts into her life, everything changes. Her life starts to unravel, lies are uncovered, and the only comfort she finds is in the arms of a stranger.

Wade Dawson has one thing on his mind, to fulfill his brother’s responsibilities and get the hell out of this small town. But he soon finds out he wasn’t only hired to watch the ranch, but to see that the farmer’s daughter makes it down the aisle. It’s the first job he isn’t sure he can follow through with. But if he doesn’t, his brother’s reputation and freedom is at stake.

Bound by obligation to marry another man…

Bound by blood to save his brother…

Will one night destroy it all?

“Fast I can do. It’s soft and slow I’m goin’ to have a problem with.”
“What’s the difference?”
“Different meanin’ for different people, mine’s personal.” He placed his palms against the wall by her ears.
“I don’t understand.”
He leaned his forehead against hers. “Fuck… you’re killin’ me, darlin’.” His fingers skimmed across her cheekbone and disappeared into her hair. “Do you remember what I said about kissin’?” His hazel eyes trapped hers.
“It can be dangerous?”
“Yes. And slow… slow is very dangerous.” He leaned forward, brushed his lips across hers, and all the air left her lungs. Something strange started in the depths of her stomach, and her skin flushed. Her nipples tightened, growing to the point of pain as they rubbed against the cotton fabric of her bra.

His eyes flicked toward them, a deep grunt sounded from his chest, and his hand tightened in her hair. He held her with a firm grip and leaned his forehead back against hers. “Reach down, and undo my jeans.”

She was trapped. Even if she wanted to retreat, there was nowhere for her to go. He’d invaded her space. Intense eyes stared right into hers as if he was demanding her deepest secrets with one hand buried inside her hair and the other curled around her neck. A rock hard, well-defined stomach pressed against her belly. The skin-on-skin contact ignited a slow burn that was sure to grow into a wildfire any minute. If she weren’t leaning against the wall, she’d collapse. 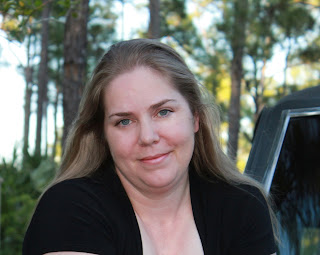 Tina spends her days writing and creating fantasy worlds until she’s forced back into reality where she pretends to be “normal.” When not writing, she’s a full-time cub scout/camping/gymnastic/PS3 mom for her son and daughter and a devoted wife to her leading man, the love of her life-husband. She’s addicted to writing, romance novels, zombie movies, and coffee with caramel macchiato creamer. She fully believes in karma and pours her heart into everything she does.  She loves life and embraces every moment of it.

Cowboys... check. Head-strong girl under the thumb of oppression... check. Horses... check. Peaches, sweet ice tea, and 'bless her heart' Southern drawl all drip from the pages as if you just took a juicy bite. Did I mention cowboys? That should count for two... at least.

"He opened his truck door and yelled back as he entered it - Get a bar of soap for her mouth, a paddle for her ass, and ice for your balls." And let me tell you he isn't just whistling Dixie!

Wade just moseyed on into my heart from the beginning. Tall, dark, and broody with very 'real' worries for his brother, Levi. Wade seems so honest and blue collar yet surprisingly haunted. I warned you- broody, but also a heart as sweet as honey. Let's not forget spitfire and complacent (I know, odd combination- right?) Carly that so desperately wants to spread her wings and fly into a future of her own making, but that is the one thing she can never, ever have. Part of me wants to hug her, another part wants to force feed her confidence. I was really rooting for them throughout the book, and SO frustrated when they were BOTH being so damn stubborn!

It's a nice Southern, cowboy romance. Comfortable, like a well-worn pair of jeans right up until it slaps your a$$ and calls you Sally with a 'I did NOT expect that to happen!' I've really got to applaud the hints of future 'woah!' moments early on that just weave into the overall storytelling. (I am also really eager to see MORE Levi, maybe he can get his own book someday? But that's another story... I hope!) I mentioned hot cowboys, right? Makes me totally want to join the 'Save a Horse' movement.

I really was flabbergasted about how everything went down. In a good way, if that's possible. I've been warring with myself over my rating. I liked SO much about this, there were so many things that just draw you into the story and lull you into a false sense of security. It does stand out most definitely, like a gemstone in the rough. I really want to give this 4½♥'s and the choice between 4 or 5.. Gah! I ended up (obviously) rounding down because something didn't quite turn it up to an '11'. It was great, and I'd highly recommend anyone into contemporary western romance! Take a chance, dance a two-step, and find yourself falling for this 'peach' of a book!

I received an ARC from Time and Tide Publishing in exchange for an unbiased review.