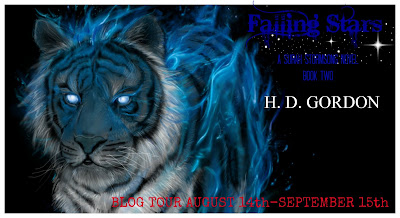 Surah Stormsong is one of the most powerful Sorceresses in the world. She is a princess who is next in line for the throne. As someone who has lost almost everything to this world, she only wants to pull away from it and live a normal life, but when Highborn ladies start being murdered and the Black Stone-a weapon that is capable of great destruction-goes missing, she is called upon to solve the issues and return her people to a state of safety.
But danger lurks inside the castle walls as well, and when she runs into Charlie Redmine, a common Sorcerer Surah met once as a child, things grow complicated very quickly. He is the main suspect of the murders, but Surah is powerless against the connection she feels to him. Time is ticking, and if she doesn't figure out what's going on things will go from bad to worse, and an entire kingdom will suffer for it. 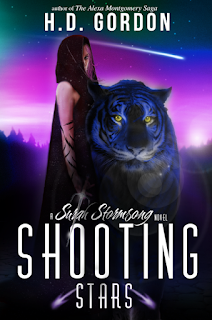 From the author of the bestselling series, The Alexa Montgomery Saga, comes a tale of star-crossed lovers and magic, of hope and love and loss. The greatest question is, can love overcome all? Surah Stormsong's life has fallen down around her in the past week. Her father is in a coma induced by demon poison, two Highborn Sorceresses have been murdered, and a crazed Sorcerer by the name of Black Heart has made it his mission to take the kingdom for his own. As princess, and next in line to the throne, Surah is his primary target. But he's not the only one she has to look out for.

Now, Surah is on the run, having just helped Charlie Redmine escape from the castle dungeons. This makes her a traitor in the eyes of many, as Charlie is not only a common man suspected of murder and treason, but also Black Heart's younger brother.
The stars are crossed against the two lovers, the universe trying to keep them apart. In the end, will the stars align for Surah and Charlie, or will they fall from the heavens, dead and lifeless, like the tears of angels? 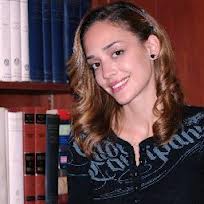 First, I’d like to say a huge thank you to Alana for allowing me to post here today. She has been a huge supporter of me and my work since nearly the beginning, and it has meant the world. So, thank you, Alana Lee Rock. You…uh…rock. J
I struggled a little with what to post about here today, went into it thinking I would just do a post about my upcoming book, Falling Stars. As I sit here writing, though, I find myself compelled to speak to the writers who may be reading this, and not the readers. Wait! Don’t leave just yet, Reader. I think what I have to say may be motivational to anyone who has decided fully what they want out of life, so come now, let me do what I do and share my words, my view of the world translated through those words.
Two years ago, I was a single mother of two, a miserable full-time waitress, a mediocre student at a local college, and a victim of life. Today, I am still a single mother of two, but I am full-time writer, a true wordsmith (excuse the ego, but such is necessary for anyone who truly intends to succeed at what they do) and an all-around happy and fulfilled person. Great for you dickwad, you might be thinking right now, but also allow yourself to think that this can be great for you too. Allow yourself to want all that you want. Dig?
I have always believed the greatest thing any writer needs is encouragement. I still believe this is true, and not just for writers, but for everyone. I now believe that there is also something else writers (and everyone else) needs, and that is utter faith in oneself.
Let me tell you a story. This story does not come from my mind, but is a passage from a book I’ve started reading. I have simply relayed it here in my own way. I think it is one we should all hear. I’ll keep it short.
A white man is standing in his barn one day, speaking with another white man, who is a friend of his. The time in which these men are living is that of the slave days in the United States, when the meager progression of the American mindset had just allowed African Americans to become sharecroppers.
As the white man is standing in his barn, a little black girl who is the daughter of one of the sharecroppers comes in. The white man looks at her and says, “What do you want?”
The little girl answers. “My mama needs fifty cents.”
The white man has fifty cents to spare several times over, but his answer to the little girl is, “I will give no such thing. Now be gone with you.”
The girl responds, “Yas sah,” and the man turns back to the conversation he was having with his friend. He doesn’t notice that the little girl has not left her spot in the doorway of the barn.
When he does notice she is still there, he says, “Didn’t I tell you to get out of here? Now get out before I take a switch to you!”
The girls responds, “Yas sah.” But still she does not leave.
The man gets angry, plucks a board from the corner of the barn, and stalks over to the girl, his face all business. “I will teach you not to disobey me!” he yells. He is nearly on top of her now. He raises the board over his head to strike her. “Now I will beat you—”
“MY MAMA NEEDS THAT FIFTY CENTS!” the girl screams in her shrill little voice, just as the man is about to reach her. The man pauses in his tracks. His jaw falls slightly slack. He studies the little black girl’s face for a moment. Then he reaches into his pocket and removes a half dollar. He hands it to the girl.
The girl takes the money, backs out of the barn slowly, and hightails it home.
The two white men stand there staring after her, not understanding at all what power the little girl had just exhibited that so fully cowed the white man, at a time in history where this was something unheard of.
The power was simple. The little girl went to that barn knowing she was going to leave with the fifty cents for his mother, or she wasn’t going to leave at all. This is the type of conviction that as a writer, as a person, is necessary to get what we want in life. The faith that you will accomplish what you set out to accomplish. The unwavering faith in oneself.
You will face failure, but how you respond to that failure is what matters. The Universe loves to trip people right before the reach success, just to see if they are worthy of that success. So, what I’m saying is, write truly, and forever. Don’t let the opinions of others deter you from your goals. Don’t let them or any temporary shortcomings make you quit what you know you are meant to do. (I’d still be a waitress if I’d listened to most around me.) Don’t let yourself think small, because we have to think, so we may as well think big.
Write on, brothers and sisters. Write on.
Just because this part of the post is inescapable (we want to sell books, yes we do!) I’ll leave you by saying that Falling Stars will be released on Sept. 15th, and I humbly implore you to mark your calendars, because on release day it will be available for only $.99, then the price will go up. So, get caught up and pick up the first book, Shooting Stars today. I promise you won’t hate it. J
Thanks again, Alana. Ya know I love ya, girl!


I am SO excited about this next book.  *Sigh*  I really hope it all works out, I've gotten so attached to so many of the characters.
Posted by LoonyAlana at 12:00 AM