Huck Jones, the son of the admiral of the Soaker fleet, has a legacy to live up to. Haunted by the distorted memories of his mother's untimely death, he must face his demons and the man who raised him as he strives to take the courageous step forward into manhood. When he's transferred to the worst-performing ship in the fleet, everything he believes is called into question when he meets a lowly brown-skinned bilge rat girl. Huck walks a deadly rope...

Meanwhile, Sadie, destined to be a Rider in the Stormer army, seeks to avenge her brother's death at the hands of the Soakers. Trained hard by her mother, an experienced Rider, Sadie knows strength and determination more than most. Her father, a Man of Wisdom, has shown his cowardice more times than she can count. As her world and family fall apart, she must cast aside her anger and focus on the wisdom she's always brushed off as foolishness.

Amidst everything, a Plague ravages all, discriminating against no one.

When four worlds collide, lines will be drawn, sides will be chosen, victory will be sought. Death will be wrought. The mysteries of the Cure for the deadly Plague will be uncovered. Who will survive? And what will those who do learn about themselves and the ones they love? 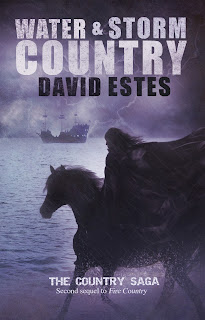 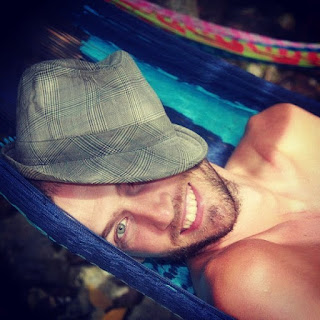 David Estes was born in El Paso, Texas but moved to Pittsburgh, Pennsylvania when he was very young. David grew up in Pittsburgh and then went to Penn State for college. Eventually he moved to Sydney, Australia where he met his wife. A reader all his life, he began writing novels for the children's and YA markets in 2010, and started writing full time in June 2012. Now he travels the world writing with his wife, Adele. David's a writer with OCD, a love of dancing and singing (but only when no one is looking or listening), a mad-skilled ping-pong player, and prefers writing at the swimming pool to writing at a table.

Check out ALL his books!


David... Oh, I'm just tickled pink I have you,
and your blue eyes here at Dark Obsession Chronicles again!

You're wrapping up yet another series amidst your travels, has it been difficult balancing your writing and everything else in your daily life?

Thanks Alana! I really appreciate you having me on again, the last time was full of fun and shenanigans, if I remember correctly! Awesome question! You’re correct, I’m continuing to travel the world with my lovely wife, Adele. We’re currently in Menorca, Spain, having just arrived a week ago from 5 weeks in Morocco, which was awesome. Morocco was pretty full on because there was so much to see, so I took my first extended break from writing since we started travelling about a year ago. Now I’m back on the literary horse and working on the 7thbook in the combined Dwellers/Country Sagas, called The Earth Dwellers. And as you know, I’ve just released the third book in the Country Saga, Water and Storm Country!
Hmm, balance…that’s something people talk a lot about. Balancing work and family and entertainment and chores and the other million things they have going on in their lives. I think everyone struggles with that. For me, because of my OCD, it is REALLY hard because I tend to obsess about my books, my characters, my readers. Adele gets the brunt of that, because no matter where we are my mind tends to be in another world. Luckily, she loves me for it anyway! But I think, overall, I do okay. For me the key is setting a schedule and agreeing it with Adele. That way both our expectations are clear. So if I’m going to write from 8am-1pm every day, seven days a week until my current project is finished, then we agree on that. Then she can plan things that she wants to do that don’t involve me (usually having to do with her love of photography) and I can concentrate on my writing. After the scheduled writing time, we have lunch together and spend the rest of the day together, until after dinner, when I generally do promotional and reader-connection type activities, like interviews, Goodreads, and blog posts. At some point we watch some TV together and then hit the hay, although I usually put in a few more hours of work before bed ;)

Do aspects of your daily life find their way into your books?  (Example: Character descriptions? Locations? Dialogue?)

Absolutely! I almost always carry my iPhone with me just in case I feel inspired. Sometimes I see things and they just trigger something in my brain. Either a character for a new book or a new character in a book I happen to be working on. Like they’re exactly what I was looking for and didn’t even know it. Or I might see something beautiful, in the mountains or in the forest or a sunrise or sunset, and the perfect words come to me in that instant to describe it. Imagination is great, but you need a heavy dose of reality in a book to make people believe it.

How did you pick your 'slang' words in The Country Saga?

Ha! Great question, one I’ve never gotten before. Honestly, my brain is just a little wooloo, I think. Yeah, for those who haven’t read Fire Country, wooloo is just one of those slang words that Alana is referring too. It means crazy to the particular tribe that uses that word. Honestly, I don’t really know where the words came from. I don’t know where many of my ideas come from. I’m just writing and my fingers are flying and stuff just pops into my head. Maybe it’s a curse, maybe it’s a gift, maybe it’s dumb luck. But I listen to my instincts and try to let my characters inside of me, like inside inside, all the way in, to my heart and soul. I should cry when they cry, laugh when they laugh, feel tension in my blood and bones when they’re in a suspenseful situation. In the case of the Country Saga, the main character, Siena, spoke to me so searin’ (sorry, another slang word) loud that I couldn’t ignore her. She practically wrote herself, and most of the slang words come out of her mouth at one time or another in the book.

Did you make a point to add humor to help balance the darker material?

Double ha! I’m glad you find my utterly chaotic, sarcastic and random sense of humor funny. I guess the answer is yes, I absolutely want there to be some humor in every book I write, ESPECIALLY because they’re dystopian and naturally dark at times. However, the level of the humor is really dependent on the characters and the plot. Obviously I don’t want characters cracking jokes at times where it doesn’t make sense, where a friend has just died, that sort of thing. But one of my author IDOLS is Mr. Dean Koontz, who is the MASTER of building humor into scary and suspenseful books. His Frankenstein series is a great example of that. So I look for opportunities to add humor without trying too hard. I don’t say, OK, now I really need to put something funny in this part…because if I do that, I’ll come across as a try-hard and the humor will probably fall flat. I try to let the characters be funny when they want to.

Was there something specific that lead you to write The Country Saga after finishing The Dwellers, or did you already have both bouncing around in there at the same time?

I alluded to it earlier when I said my main character in Fire Country, Siena, started talking to me. But here’s the full story:
One day while I was writing the second book in the Dwellers Saga, The Star Dwellers, Siena just appeared in my head. It was incredible how she just started talking to me and how she wouldn’t shut up. She’s someone who speaks to you loud and clear, like no one else you’ve ever met before, and she basically just wrote herself, which is a rare and awesome thing. Her language is colorful and interesting and very, very, real, because she tells me each and every thing she wants to say!
At first she was just a potential new character for the 4th Dwellers book, but then she became so important and so real-sounding in my head that I knew she needed her own book, and even her own series. So nothing really inspired The Country Saga, it was just one of those writer’s moments when everything comes together in your head and you know you have a story to tell. 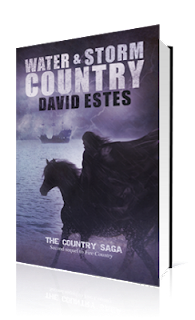 I love them too!

The happiest place on earth is Pittsburgh after a Steelers victory.


If your life had a soundtrack, what songs might it include?

God Bless the Broken Road by Rascal Flatts (Adele and my wedding song. One by Metallica (to remember my high school years), Bent by Matchbox 20 (to remember my college years), and Smooth Criminal by Michael Jackson (because I like to dance).

What color is your toothbrush?

At the moment, blue, but it changes with each one I buy.

Do you sleep with your closet doors open or closed?

Closed. That’s part of Adele’s OCD. Me, I’d leave them however they happen to be.

If you were trapped in a room for a weekend (with a bed, bathroom, and such) but could only have ONE movie (this is a movie only question, no books!)

I was about to say this is such an easy question because I’m obsessed with The Lord of the Rings, but then I’d have to choose just ONE of the three, so I’m going to pick The Goonies, because then I’d get to laugh all weekend. “Hey you guyssssssss!”

Wow, it was great coming back, Alana, thanks for having me and I can’t wait to hear what you and your readers think of my new book, Water and  Storm Country!!

Want MORE Interviews, Character Bios,
and More from (or about) David Estes? 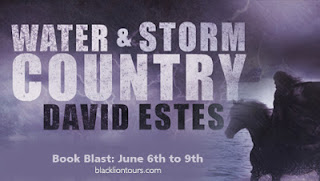 Be Sure to Go Back and Check Out ALL the Stops!