In a changed world where the sky bleeds red, winter is hotter than hell and full of sandstorms, and summer's even hotter with raging fires that roam the desert-like country, the Heaters manage to survive, barely.

Due to toxic air, life expectancies are so low the only way the tribe can survive is by forcing women to procreate when they turn sixteen and every three years thereafter. It is their duty as Bearers.

Fifteen-year-old Siena is a Youngling, soon to be a Bearer, when she starts hearing rumors of another tribe of all women, called the Wild Ones. They are known to kidnap Youngling girls before the Call, the ceremony in which Bearers are given a husband with whom to bear children with.

As the desert sands run out on her life's hourglass, Siena must uncover the truth about the Wild Ones while untangling the web of lies and deceit her father has masterfully spun. 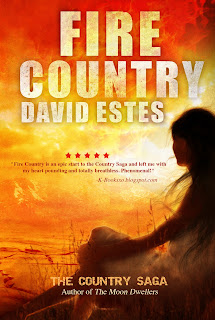 Are you excited?  I know I am!

And we have a special treat...

The combination of my two newest YA dystopian series have a lot of people scratching their heads and saying “Huh?” This has led to a lot of questions about how everything will fit together by the end of 2013, whether it will make any sense at all, and what the release schedule looks like. So hopefully I can clear it all up today!

First off, I want you all to know that I have a Master Plan. Yes, this is a technical term, something I have written in a file on my computer with lots of passwords and secret handshakes and retinal scans and such. Access to the MP, to this point, has been on a need to know basis, and if I told you, I’d have had to kill you. Well, now, all that goes out the window because I’m posting it on the internet.

OK, here’s the way it will all work. My first YA dystopian series, The Dwellers Saga, is comprised of three books, each of which is already published and available in ebook and print:

My newest YA dystopian series, The Country Saga, is a sister series to The Dwellers Saga, which simply means it takes place sort of, kind of in the same world as the Dwellers although in a completely different location and with completely different characters. The first book, Fire Country, is available as of this blog post and I’ll be releasing a new book in the series every two months. Here’s what the series will look like when finished

By June, each series will have three completed novels, but we’re not done yet! As many of you have learned at the end of The Sun Dwellers, the people of Fire Country might just run into the Dwellers at some point along the way (not so subtle hint hint, nudge nudge). So where does that leave us? It leaves me having to write a 7th book which will serve as the 4th and final book in each respective series, incorporating characters and plotlines from both sagas. It will have two titles, to fit each series: The Earth Dwellers and Glass Country.

Ambitious? Overly. Challenging? Most definitely.
Ever done before? Who knows (or cares really).
Awesome? That’s the goal! At the end of the seven books I hope my readers will say, “Wow, that was really entertaining,” because that’s why I do what I do, why I cook up these crazy worlds and plots and characters, to entertain and delight and excite you, my readers.

So here’s to the Master Plan, may it all work out magically in the end! Mwahahaha!

Thanks for all your support, comments, questions, and excitement, without it, none of this would be happening and my dreams would still just be dreams. 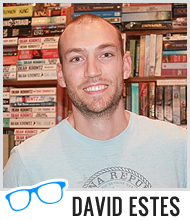 Wow... David needs a special spot roped off for him on my blog.
I didn't quite realize how often he's graced my posts!
Buy a Copy TODAY for a special price
(February 1st only)
of $2.99! 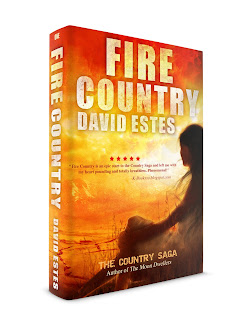