WILD Release ~ Steam Up Your Holiday!

Kat Kennedy moved to the rugged coast of Maine to start a new life, but encountered much more than she bargained for in dark, dangerous, and seductive Lane Wild…

Desire and temptation smolder before she succumbs to her darkest fantasies with the captivating stranger. She doesn't expect to see him again after an explosive one-night stand leaves her breathless and craving more, but just like lightning in the darkness, he shows up in her life at the most unpredictable moments. A sensual game of cat and mouse ensues before the attraction between them reaches a fever pitch—the magnetism combustible, the sexual tension nearly unbearable—and Kat finally abandons inhibition and explores the cunning, selfish, and sexual side of a world she's never known. They have the perfect non-relationship—passion-fueled nights with no strings attached—until lifegets real and the past and present collide in a dangerous storm of lust and obsession. 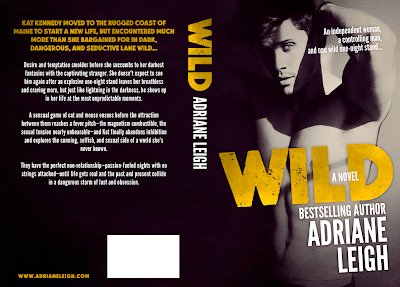 For a Preview of the Prologue

(included in the cover reveal),

Now I'm not sure if y'all have cottoned on... but I've become a BIG fangirl of Adriane's books.  I'll admit, it was a rocky start for me with the Lace series (but that is another story all together) but then once I read the Mourning series- that was it.  Adriane has me as a rabid, auto-buy fan after that series; she caught me hook, line, and sinker.  So, once I found out about this new HOT romance... and let's face it, just look at that cover, I was chomping at the bit to sink my teeth into Wild.

I suppose not every book is going to please everybody equally - although, don't get me wrong, I thoroughly enjoyed Wild, but I didn't love it with the passion of a thousand suns like I did with the Mourning series.  Was I fanning myself despite the low temperatures outside?  YES!  On just the hotness scale (from one to ten) Wild goes to an '11'.  Maybe even 11½.  Shoot, there might not be enough numbers to describe how your panties could spontaneously combust into flames.  Despite all this scorching across the pages... have no fear, there is not some raunchy *boom*chicka*bow-wow* background track to the book (well, not loudly, anyway.)

I think some of my reservations reside in the characters.  Now, usually I love me some alpha, bad boy 'player' in my fictional books... and I've read some SERIOUS alpha stuff in my day.  But Lane Wild had to grow on me... he's got 'alpha' and 'player' and 'bad boy' in SPADES I tell you!  But somehow, I had trouble trusting that there was that underlying heart of gold. He's one of those 'GREAT on paper in a fictional story' but put him in a room with me in real life, and I'd likely be alternating between climbing him like some brauny mountain and scratching his face off.  And Kat... dig that she was a redhead (I have some serious unresolved jealousy issues about my mother's red hair that she did NOT pass on to me), I understood the reasoning behind her 'issues' and why it made her react the way she did... but I just was having a harder time getting really comfortable with them.  I didn't dislike them, but I would be bosom buddies with them, either.  Maybe it's just simple jealously of how darned hot they are together!


I received an ARC from Adriane Leigh in exchange for an unbiased review. 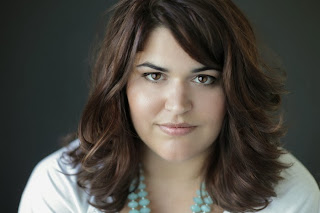 Adriane Leigh was born and raised in a snowbank in Michigan's Upper Peninsula and now lives amongst the sand dunes of the Lake Michigan lakeshore. She graduated with a Literature degree but never particularly enjoyed reading Shakespeare or Chaucer. Adriane is married to a tall, dark and handsome guy, plays mama to two sweet baby girls, and is a voracious reader and knitter.

For only $0.99 (SPECIAL RELEASE PRICE) you, too, can steam up your holiday season!
Oh, yes, there will be melting!
Posted by LoonyAlana at 12:30 AM