Have you ever wanted someone so badly they are all you can think about? What if you needed to risk everything to have them – would you? When Stephanie Bradford takes that risk, she enters a collision course with disaster, and she's left with nothing but the thirst for revenge to get her life back. 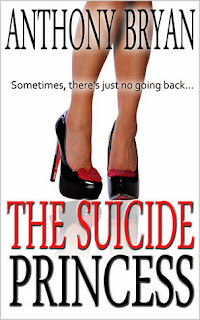 Stephanie Bradford is a young, attractive, and successful District Attorney on her way to the top. She has the near-perfect life, with an amazing husband, and she has it all in the palm of her hand. When her marriage falls into a romantic rut, Stephanie is skillfully swooned by a charming, mysterious and intriguing stranger who looks to be the answer to all of her fantasies. A whirlwind and erotic affair quickly spirals out of control, and before long, she learns that things aren’t always as they appear and people are rarely who they seem. One poor decision becomes the catalyst for a series of events that rips her life apart, and Stephanie is left with nothing but the thirst for revenge against the man who viciously stole everything from her. The Suicide Princess is a sexually charged roller coaster ride where nothing is as it seems and everything is at stake! 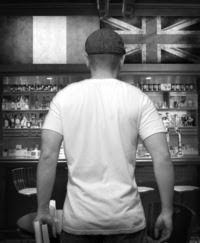 Born and raised in London, UK, Anthony's hope, more than anything, is that his words can provide an escape for you, and he hopes they take you on a journey you won’t soon forget. His goal is to give you something different, refreshing and unlike anything you've ever read. In a sea of authors pumping out the same cookie-cutter stories, Anthony can only try to be the one who stands out and takes you on one hell of a ride.  Find your favorite reading spot, pour yourself a drink (or two) and love every second of every page he writes… After all, he writes them for you!
At 27 years old, Anthony now resides in the U.S. where he divides his time between Boston, Massachusetts and Sarasota, Florida.  He served with the American military in eastern Afghanistan, and he is a combat veteran as well as an accomplished fighter training in Brazilian Jiu Jitsu and Muay Thai kickboxing.  He may not seem like the typical erotic writer, and he’s not.  He’s different, and his work is different – get ready to be blown away!
Throughout his entire life, even as a young child, reading has always been Anthony's escape from reality. It was a way to temporarily leave the boring monotony of day-to-day life, and it allowed him to visit far off lands, meet unusual characters, take incredible adventures, and even learn about the very edges of our universe. Being able to take his love of reading and transform it to a passion for writing has been the greatest gift he has ever been given.
Contact Links for Author:
Facebook: https://www.facebook.com/AnthonyBryanAuthor
Website: http://www.AnthonyBryanAuthor.com
Goodreads: http://www.goodreads.com/author/show/7242823.Anthony_Bryan 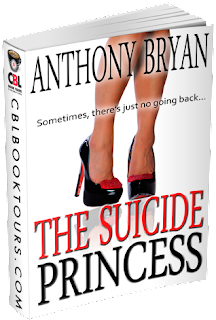 Excerpt From The Suicide Princess
by Anthony Bryan


One of Derrick's new friends invited him to play pool, but Derrick kindly declined, “Sorry, man. I have someone else I need to focus my attention on.”


The stranger coaxingly said, “Yeah, I'd be scared, too.”


Derrick glanced at Stephanie as she leaned in and said, “If you don't go play and kick that guy’s ass, I'm leaving you here alone.”


Derrick smiled his mischievous smile and looked to the stranger, “For money or fun?”


The stranger said, “One hundred?”


“One hundred it is, my man. Rack ‘em up,” Derrick said as he shook his new friend's hand.


Stephanie sipped her third drink as she watched Derrick easily defeat his new friend. At the end of the game, Derrick said, “Must be my lucky night! One hundred, right?”


The stranger pulled a fold of money from his pocket and began counting when Derrick continued, “No, no, no. It's cool, man. I had fun.”


“Tell you what,” said Derrick. “Let me and my girl cut in for a game on the table, and we'll call it even. That's worth more than the hundred to me.”


“It's all yours,” said the stranger while giving Derrick a pat on the back.


Derrick reached his hand out toward Stephanie, and she grasped it tightly, intertwining their fingers. She pulled in close to him and said, “I'm your girl, huh?”


“Tonight you are,” Derrick said as he shot Stephanie a wink.


“Your break,” Derrick declared as he racked the balls.


Derrick then watched as Stephanie began to shoot. He stood behind her and said, “Here put your hands like this.”


Derrick pulled in close behind Stephanie as he was showing her how to correctly hold the cue. His lips were an inch from her ear, and Derrick took the opportunity to whisper “Did that get your panties wet watching me beat that guy?”


Stephanie turned back, smiled, and said, “It would have, if I was wearing any.”


Derrick reacted by sliding his hand across Stephanie's stomach and gently pulling her back into him. He simultaneously pressed himself forward, and Stephanie felt Derrick's bulge pressing into her. Stephanie could easily feel how hard Derrick was as he said, “Feel that? That's what you do to me.”


Stephanie looked around as she slid her hand down Derrick's stomach and over his crotch. She said, “I think it's time for me to leave, but I'm scared. Think you could walk me to my car?”


“It depends where your car is. This neighborhood can be awfully sketchy,” Derrick said with a mocking tone.


Stephanie told Derrick, “It's in the very dark, very secluded parking lot in the alley out back.”


Derrick replied, “Then I'm definitely not going back there. Look at what I'm wearing, I might end up getting raped back there,” as he laughed.


Stephanie started walking away and said, “Up to you. But if you do want something bad to happen, come follow me.”


Derrick watched as Stephanie took a few steps away without looking back. He looked at how her tight skirt formed beautifully around her ass, and he noticed how sexy her legs were in her red heels. It only took another step before Derrick was close in tow behind Stephanie.


The pair quickly reached the driver's side door of Stephanie's brand new white Volvo as she said, “This is me.”


Without saying a word, Derrick turned Stephanie so her back was pressed against the car door. He wrapped his right arm around her lower back, and he slid the fingers on his left hand through her hair at the nape of her neck and pulled her head in and began kissing her.


Stephanie, again trying desperately to not think of Jacob, noticed how different this kiss was compared to the kiss of her husband. Jacob's kisses were always soft, slow, gentle, and deliberate. Derrick's kiss was filled with depth and passion. The way his lips met hers and the way Derrick caressed her tongue with his set Stephanie on fire.


As they were kissing, Derrick's hand slid down and began caressing Stephanie's ass. As he felt, Derrick said, “You lied, you are wearing panties.”


Feeling the potent combination of Derrick’s powerful sexuality and the cocktails from the bar, Stephanie started opening the car door and replied, “Then get in here and punish me.”


Stephanie sat in the soft tan leather of the driver's seat, but she quickly moved herself over to the passenger's side to make room for Derrick. Derrick sat in and adjusted the seat all the way back, and the new car smell mixed with the leather interior to create a wonderful scent. The two continued their passionate kissing as Derrick's hands wandered all over Stephanie's toned, sexy body.


Stephanie started to slide over on to Derrick's lap, and she pulled her skirt up just enough so she could straddle her legs around him while facing him. Once on top of Derrick, she began unbuttoning her top, and she said, “Remember what you told me you wanted to watch the other day? That show you wanted?”


Derrick said he remembered it quite well.


“Well.....” Stephanie said as she pulled her skirt even higher revealing the front of her red, lace thong. She continued, “Just watch.” 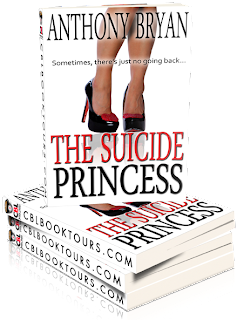