We have a special treat here today on Dark Obsession, the Blue Moon Blog Tour!


It's a series I am in progress reading, and thoroughly enjoying it so far!

She was such fun to interview, and took my stranger questions totally in stride!

Blue Moon is actually the second book in the Holloway Pack series.  Can the book be read as a stand-alone or is the first book required reading to follow and understand everything?

This is actually a very good question. Blue Moon was written with the intention of it being strong enough to hold its own, and I believe I’ve achieved that with it. However, readers will have a better understanding of the relationship dynamics if they read Darkness & Light first. Also, with there being 7 pack members—all male—besides Jem, cataloguing all of those as the reader goes along may take a little more work for those not already introduced to them. That being said, I have had reviews from folk who’ve dived right into Blue Moon without ‘knowing’ the Holloway Pack, and they’ve enjoyed it just fine. J


What inspiration did you draw on for your mythology behind werewolves?

Every bit of how I wrote my werewolves came from my head. Seriously. I didn’t research. I didn’t go hunting for traits, and characteristics. I simply wrote them exactly how they appeared to me. Boring answer, eh?


Do you use multimedia (pictures of characters, music during writing, etc.) for the Holloway Pack series?

Nope. When I write my characters, they tend to be more of a ‘presence’ to me than a physical being, and they’re more easily identified in my head by their quirks and mannerisms and personality, than by physical appearance. Which is why, when I’m asked if I have anyone/any actors in mind to ‘play’ the Holloway Pack, I’m always kinda stumped. J


Do you have a specific number of books planned for this series?

Ah, an easy question. ;) Yes! At the moment, I plan for there to definitely be 6 full length novels. Any shorter works/prequels aren’t included in that.


What are you reading right now or recently (other than this question?)

Right now, I’m 82% through an ARC of Geek Girl by Holly Smale. Not sure what I’m heading into next, but it’s possibly a toss-up between Hounded (Iron Druid Chronicles 1), This is Not a Test, Breathe by Sarah Crossen, or my ARC of Finn Finnegan. J


Are you a full-time author?  Do you attend any conventions or other public events?

I am a full-time author. But that doesn’t mean I just write. It involves all that social networking, and following schedules, and meeting deadlines, and organising blog tours, maintaining my own blog & website, and on top of all that I do editing gigs on the side.

As for the conventions, etc, alas not yet. It’s a little difficult as my publisher is based in the States, and I’m in the UK, and the UK isn’t as widely known for its author conventions as the States. Maybe one day, though. J


Now for the fun questions!

What would we find in your refrigerator right now?

Yeah, we tend to shop daily for dinner coz we’re simply too contrary to do otherwise. ;)

Um .... O_o (pssst, I ain’t never watched either of these *ducks to miss the flying shoes*)


You can take a road trip with anyone (living or dead, fictional or real), who would you take and where would you go?

Oh, I LOVE this question. Okay, I could sit here pondering over all the great authors in the world, and all the great people who have come and gone and linger still. But the simple fact of the matter is this: I already have so many great people that I’ve met and have never got to meet (so far, anyway), so if this could come true, I would take a road trip with PNR author Aimee Laine, and I’d make her show me Turner Point, which is a place that appears a lot in her books and is inspired by an actual hill (mountain—it looks big enough to be a mountain!). Though, in truth, if I got to spend some time with Ms Laine, I wouldn’t really give two hoots where we got to go. Dude, we could sit in a darkened room drinking beverages for hours and it’d be enough. J

Coffee! Without it, I cannot function in the mornings. And tea tastes pants—blech!

Why did the chicken cross the road?

Because he saw Bob the turkey, who owed him 20quid from a darts match they played in the pub the other week? 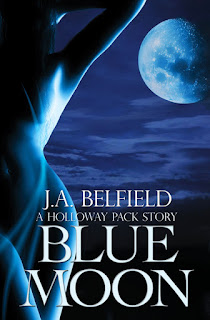 Description
Someone is watching the Holloway pack, and this time, the female isn’t the target.  Life with a group of seven male werewolves worries Jem Stonehouse not one bit. She is engaged to the Alpha’s son Sean Holloway after all. So what has Jem’s territorial instincts on high alert?     The pack’s latest addition. Both of them.     None of the men think there’s a problem with the new girlfriends. Jem's intuition tells her otherwise—that and a nagging suspicion the new females aren't there to partake.     Jem believes they’ve joined in to take.  The question is ... What?     As the eve of the blue moon draws ever closer, Jem’s running out of time to find the answer and outwit a thief of the worst possible kind.  A woman who believes she can’t lose.

J.A. set up a fabulous giveaway to run during her blog tour!
Be sure to enter!


a Rafflecopter giveaway
Posted by LoonyAlana at 12:30 AM