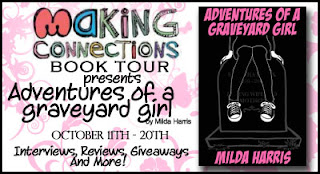 Adventures of a Graveyard Girl by Milda Harris

I received a free copy of the book through Making Connections from Milda Harris in exchange for an honest review.

This is an innocent, YA sleuth story. As with the first book, it had some almost Scooby Doo elements to it, although not quite as strong as Adventures in Funeral Crashing. I would be comfortable recommending this for Jr. high age and up. It's like a cross between Sweet Valley High and Nancy Drew, but set in current day.

I found this second book of the series to be very consistent with what I would expect after reading the first. It was charming and youthful, in addition to being a very quick read. There were some elements, as with the first book, where Kait would get a little fixated on something and repeat herself throughout the book. In the first, it was the peanut butter banana milkshake. In this book, it was the 'are we boyfriend/girlfriend', 'does he like me' or 'like me, like me?'... you get the idea. But instead of getting frustrated with the fixation (well, maybe a teeny weeny bit at first) I found it to be an endearing quality of Kait. I found her to be absolutely true to her age and maturity level which was such a nice contrast to the increasingly more 'adult' YA books that are popular nowadays.

Overall, I found it to be a sweet, cute, quick little read that was just plain fun. I am eager to get my hands on more titles written by Milda Harris because I love her youthful voice that rings so true in the Funeral Crashing series. If you are a fan of more tame (no hanky panky)YA books then I would check out this series!

Synopsis of Adventures of a Graveyard Girl
(Funeral Crashing #2)


Kait Lenox is back! It's Homecoming Dance time
and Kait is excited. It's her first dance with a date and that
date is none other than one of the hottest,
most popular guys in her school, Ethan Ripley!

For once Kait doesn't feel like
a funeral crashing weird girl and it's
the most perfect romantic evening ever...
at least until a girl gets
murdered in the high school bathroom.

Rumors fly, panic ensues, and Kait can't help herself,
she assigns herself to the case! 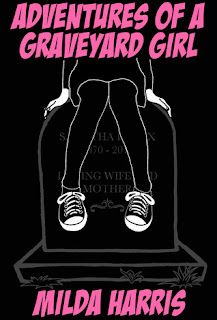 MORE ABOUT THE FUNERAL CRASHING SERIES :

Synopsis of Adventures in Funeral Crashing

(Funeral Crashing #1 – Now available for FREE download !)
Sixteen year old Kait Lenox has a reputation as the weird girl in
her high school, mostly because of her ex-best friend turned mean
popular girl, Ariel, but maybe it has a little to do with the fact that
Kait has a hobby crashing funerals. At one of these, Kait is outted
by the most popular guy in school, Ethan Ripley. Yet, instead of
humiliating her for all the world to see, he asks for her help, and
Kait finds herself entangled in a murder mystery. Not only is the
thrill of the mystery exciting, but more importantly Ethan knows
her name! A little sleuthing is well worth that! 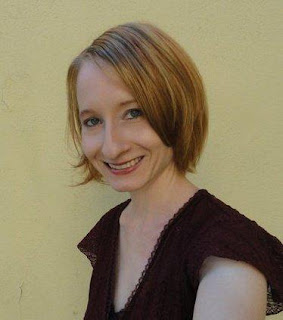 Author Milda Harris is a Chicago girl who ran off to Hollywood to pursue a screenwriting dream! She has a dog named after a piece of candy (Licorice), was once hit by a tree (seriously), and wears hot pink sunglasses (why not?). Between working in production on television shows like Austin & Ally, Hannah Montana, and That's

Her ebooks Adventures in Funeral Crashing, Adventures of a Graveyard Girl, The New Girl Who Found a Dead Body, Doppelganger, and Connected (A Paranormal Romance) are for sale now!

Adventures of a Graveyard Girl
is available from the following
retailers:

Where You Can Find Me:

Email ThisBlogThis!Share to TwitterShare to FacebookShare to Pinterest
Labels: Blog Tours and Hops, YA