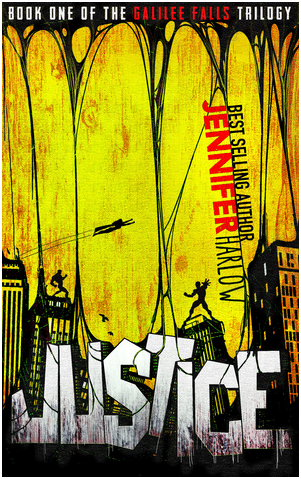 Synopsis:  It’s hard being a regular police officer in Galilee Falls, a city with the highest concentration of superheroes and villains in the country. It’s even harder watching your best friend, the man you’re secretly in love with your whole life, planning to marry another woman. Detective Joanna Fallon has to contend with both. When the vilest supervillain in the city’s history, Alkaline, the former crime boss who can shoot acid from his wrists, escapes from the maximum security prison, the whole city is gripped by panic. Leading the pursuit is Captain Harry O’Hara, Joanna’s boss and secret lover, and the city’s champion superhero Justice, who caught the villain last time, much to Joanna’s chagrin. Before her father was murdered in a mugging twenty years earlier, Joanna worshiped the hero, but when he disappeared and failed to save her father, that adoration turned to contempt for all supers. After Alkaline attacks too close to home and targets Joanna as his next victim, tough-as-nail Joanna has to contend with her increasing fear while struggling to choose between her life-long crush and her new-found love.  At turns vulnerable and fierce, equally mordant and winsome, Joanna is an earnest yet emotionally damaged heroine, who despite the tough breaks of her childhood sees the good in people and vow to protect her beloved city at all costs. An ass-kicking petite firecracker with no superpowers of her own, she charges after supervillains unflinchingly, never losing her wit even when facing her toughest fight. With a coy blend of whimsy and vivid imagination, she delivers both humor and thrills in an action-packed and edgy blend of comic book cool, fantasy-noir, and bitter-sweet romance. 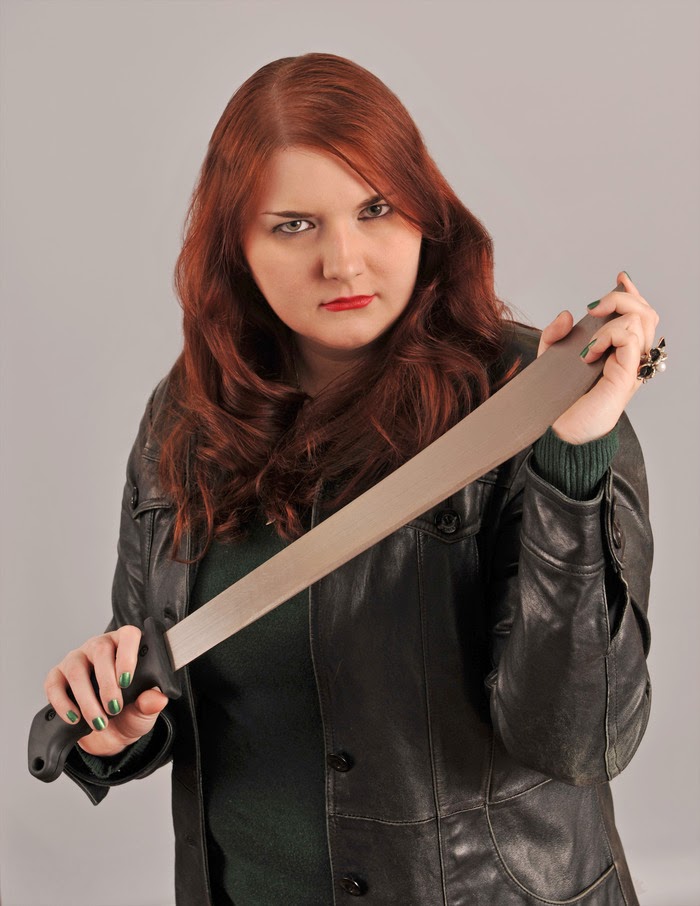 Jennifer Harlow spent her restless childhood fighting with her three brothers and scaring the heck out of herself with horror movies and books. She grew up to earn a degree at the University of Virginia which she put to use as a radio DJ, crisis hotline volunteer, bookseller, lab assistant, wedding coordinator, and government investigator. Currently she calls Northern Virgina home but that restless itch is ever present. In her free time she continues to scare the beejepers out of herself watching scary movies and opening her credit card bills.


Goodreads at Jennifer Harlow
Pinterest at http://pinterest.com/jenharlowbooks/
or e-mail me at jenniferharlowbooks@yahoo.com.

Be sure to check out her playlist for Justice as well!


GALILEE RISING (BOOK 2) blurb:
Love in the time of superheroes...

“Our greatest glory is not in never falling, but in rising every time we fall.” -Confucius

The year since Galilee Falls lost its reigning superhero Justice has not been kind to Joanna Fallon. She's lost her best friend, her boyfriend, her badge, even her mind. The city of Galilee Falls hasn't fared much better with supervillain related crime skyrocketing to cataclysmic proportions. Deliverance for the city arrives in the guise of The Royal Triumvirate--King Tempest, Lady Liberty, and Lord Nightingale--who vow to be the heroes the city needs. Salvation for Joanna appears in the brilliant form of Dr. Jem Ambrose, another lost soul in need of saving. But salvation comes with a high price. When Emperor Cain, an old nemesis of The Triumvirate, decides he will stop at nothing to make sure there is no city left to defend, it is up to Joanna to rise not only for her city, for her new love, but for herself as well…