Delilah Palmer has control of her life and outward personality, blocking the truth just below the surface. A façade meant to be normal and hide the scars of her childhood. She’s made a good life for herself, became a lawyer, and is free from the tortured past that haunts her daily. Until he comes along and breaks open the cracks.

Nathan Thorne has a past of his own. On the surface he is loved by all, personable, extroverted; everything Delilah isn’t. Hidden beneath is a dark and tormented man that only Delilah has to power to unveil.

Crammed in a small office together they see through each other’s masks, and the draw becomes too much, igniting an explosive relationship. Holloway and Holloway Law has a strict non-fraternization policy, forcing them to conceal their breach. Despite their efforts, separation becomes impossible, deceptions escalate, and Nathan has trouble coping; teetering on the edge of being overtaken by his past demons.

What secrets does he harbor that could keep him from giving in? What keeps him from healing and moving forward? And Delilah, where does she fit into all this turmoil?

Can they accept love and deal with all the trials that come their way when secrets are exposed? Or will they fall through the cracks of their pasts and be consumed by all that haunts them? 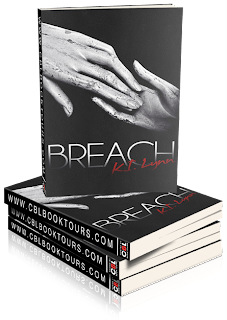 Holy freakin' smackity... I can't talk, I can't type, I can't express even partially about this book yet... It's like I'm in the middle of an eye of a hurricane, everything errily quiet but I know not far away, there is this whirlwind and all I can do is gape like a fish.

Ok... one word: Hot. No, Two Words: Hot and Wacked. Just the opening alone (pun intended) had me hot and bothered. It reminds me a little of Mystery Man: similar seemingly toxic relationship, I was shaking my head and waggin' my finger. I just wanted to help her find her inner Diva, and brush her hair and give her a hug. I went from saying, "No! He's not worth all this!" to "Yes, throw yourself at his feet, grab his arm, MAKE HIM really BE with you!"

The reason for all 5♥'s, beyond just sex, the characters. It does take a while to be let in behind their masks and roles they play everyday. Lying to the world, lying to themselves. Just after some of those peeks, I was caught up in the story. It was like a manic depressive wet dream- either fighting, or sex, or happy, or violent, or anything and everything in between. And it may have been a personal tragedy influencing it a bit, but I was bawling near the end.

Now, I'm not going to spoil anything here, but I can't lie. It's a cliffhanger. It's NOT a ride off into the sunset and everything is right with the world, and all unicorns and kittens and rainbows. It's cold, it's dark, and I don't know if it's going to come out alright. But, I'm not angry. It seems appropriate somehow, inevitable. I challenge you, if you're game, to pick it up and see if you'll join be at that edge waiting for the next part of the story. I'm smitten with these damaged characters, and I absolutely want more! 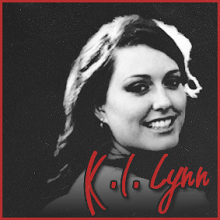 K.I. Lynn spent her life in the arts, everything from music to painting and ceramics, then to writing. Characters have always run around in her head, acting out their stories, but it wasn’t until later in life she would put them to pen. It would turn out to be the one thing she was really passionate about.

Since she began posting stories online, she’s garnered acclaim for her diverse stories and hard hitting writing style. Two stories and characters are never the same, her brain moving through different ideas faster than she can write them down as it also plots its quest for world domination…or cheese. Whichever is easier to obtain… Usually it’s cheese.