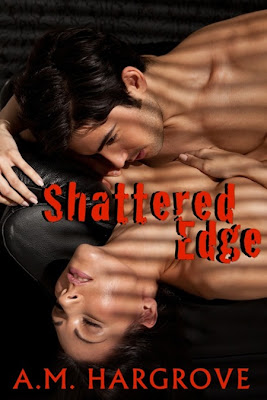 Their trial relationship was meant to last six months, but things didn’t quite work out the way they planned...

Justin Middleton, who has left a string of broken hearts across the state of South Carolina, has only one thing on his mind, and that’s winning Terri Mitchell’s heart in six months. That’s all the time she’s given him...six short months. If he can’t do it by then, they’ll go their separate ways.

Terri Mitchell knows she’s lost her mind when she even suggested this harebrained scheme. She finally thinks her heart is on the mend from her past encounter with Justin. However, when he shows up at her house late one night looking deliciously sexy and irresistible, her iron will to fight him vanishes and the words tumble from her lips before she’s barely aware of what she’s done.

Within weeks, both of them find themselves passionately involved, but when Terri’s brother, Preston, shows up, mysterious things begin to happen, turning their blissful world into something dark and dangerous.

Be sure to add Shattered Edge and Edge of Disaster to your GoodReads shelves!

Isn't that cover just HOT! HOT! HOT!
It's the next in the series after Edge of Disaster (with a smoldering cover of it's own.)  If you are a fan of fun, flirty, smokin' romances, you NEED to check these out!

“Ms. Mitchell, we’re taking you into surgery. You were in a car accident and your leg was broken. We’re going to fix you right up.”
Car accident? Where was Justin? Was he okay? Surgery?
The next thing I knew I woke up again in a room and there were my mom and dad.
Several surgeries later, that damn wheelchair, physical therapy and Justin...Justin. God, why couldn’t I forget him?

Things had been moving along so well until that wreck. All those surgeries and he couldn’t stop blaming himself. And then Lexi catching him with those two girls and my heart nearly breaking. Yeah, my leg had been broken and I’d been left with a twisted mass of scars, but my heart was the one that felt more damaged.

We reached the back of the church and were whisked off to the side by Tana and the photographer to where pictures would be taken. I was hoping they could put this thing on fast forward, get to the reception, have a little face time with Lexi and get the heck outta Dodge. That was my plan anyway.
Picture after picture and tons of pasted smiles later (I hope Lex didn’t shoot my ass when she saw these pictures), we finally hopped in the limos and left for the reception at the Charleston Yacht and Harbor Club.
I mingled with some of the guests, and made my way around to chat with Lexi and Pearce for a while, but before long, the throbbing in my leg and the aches and pains, had me hunting a chair. I spied one back in the corner so I walked, or at least gave my best imitation of one, over to it and blew out a huge puff of air when the weight left that leg. I was happy Lexi had approved the long dresses that we wore since they hid the scars that covered my disfigured limb. I absently rubbed it, like I often did, wishing for a huge bag of ice. They ought to invent Spanx you could cram an ice bag into for people like me. Maybe I could join forces with the Spanx lady and we could come out with Spanx on Ice. I bet those professional ice skaters would love that! We could even make a version for hockey players.

“You must have something terrifically funny on your mind by the look on your face.”
That voice of his made me want to strip off every thread of clothing and run naked through the streets yelling, “Take me, take me!” Crap! What kind of sexy did that man have working?
“I guess so. I was thinking about a joint venture with the Spanx lady. We could call it Spanx on Ice.”
“What?” he asked, bewilderment clouding his eyes.
“You know...for my leg.”
“Oh.” He smiled, nodded and acted like he was with me. I knew better from his odd expression. He didn’t get it at all.
“Do you even know what Spanx are?”
“No clue.”
I burst out laughing. “Never mind then. They’re something no man should ever know about.”
“Hmm, now I’m intrigued.”
“Oh God! Don’t be.” The last thing I needed was for Justin Middleton to see me in a pair of Spanx.
Mother of God save me now!


To find out more about A.M. Hargrove and her other books, be sure to check out these other posts!
Jurgasms for Everyone ~ Dark Waltz Blog Tour