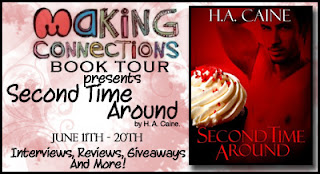 H. A. Caine lives in her hometown of Brooklyn, New York. She has hopes of becoming a great writer and one day opening her own bakery. She even has the name and layout already decided. Among other writing projects she's working on her very own first series, Boys in Love. The first book, Letting Go, will be available later this year. 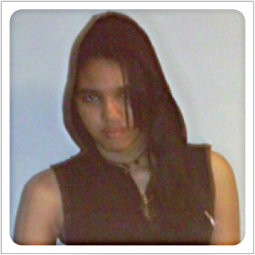 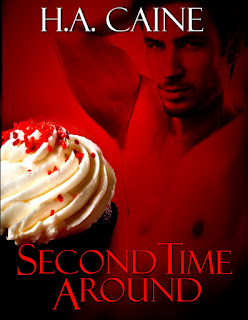 This is an adult m/m romance novella (Rated R)
Blurb

Jamie lives with his straight modeling best friend of three years, John. He’s finally achieved his life long dream of opening up his own bakery and John throws him a party. There he meets Matthew, co-owner of the Home Improvement shop across the street from his new bakery. They hit it off.
Only there’s one problem. Matthew is possibly straight and theres a 90% chance that he thinks Jamie is a woman!

"Who was that guy I saw you talking to? He looks a bit familiar." John's voice was casual but the quick glances out of the corner of his eyes were anything but.
Resisting the urge to laugh, Jamie looked back out the passenger side window.
"Matthew. Him and his brother run the Home Improvement store across the street. Didn't you invite him?"
"Oh, yeah. He seemed nice, but I could've sworn his name was Clark." John sounded confused.
"Maybe you mixed up their names?" Jamie provided helpfully.
"More than likely. We only talked for about a minute." Jamie caught the quick glance John tossed him and so he wasn't surprised by his next words. "Sooo... does he know you're a guy?"
Even expecting it, Jamie couldn't have stopped himself that time, even though he tried. He burst out laughing, slapping his palm repeatedly against his naked thigh.
He knew John was serious and, in all fairness, the question really was a legit one. Still, he couldn't help it.
"Stop laughing." John muttered, trying not to chuckle himself as Jamie continued to laugh, a tear squeezing out the corner of his eye.
Trying to breath deeply and get himself under control, Jamie giggled. "Sorry, sorry." he apologised when he could open his mouth without laughing.
John shook his head, the corner of his mouth tilting up in a small smile.
"So does he?"
He bit his lip. The more he thought about it, the more he was certain Matthew had no idea he was a guy.
Which meant the man was straight. And he'd only flirted with Jamie because he'd thought he was a girl.
Crap!
He heard a sigh beside him. "He doesn't know, does he?"
Jamie shook his head in the negative. "I don't think so."
"Crap."
Slumping down in his seat and crossing his arms over his chest, Jamie let his head thump against the window pane, deciding that was exactly what he felt like.

This marks the final stop of Making Connections
Second Time Around
Blog Tour!
Thanks for stopping by,
and be sure to keep and eye out for more tours coming soon!
Posted by LoonyAlana at 12:00 AM

Email ThisBlogThis!Share to TwitterShare to FacebookShare to Pinterest
Labels: Blog Tours and Hops