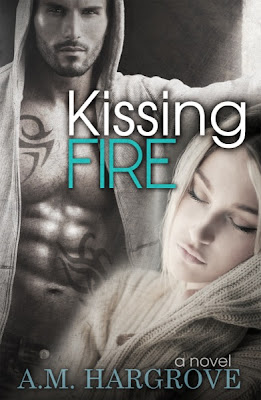 Preston Mitchell, undercover DEA agent, has led a life of danger and obscurity. Knowing his job would never allow a normal relationship, he’s never opened himself up to any woman...that is until the lovely Avery Middleton stumbles into his life.

To the outsider, Avery has it all...wealth, family, connections and a great job. But on the inside, she’s
miserable. Her social life is in the dumpster, the kooky gal next door has some zany plans for her and her selfish mother drives Avery to the point of insanity. Her only salvation is to get out of Charleston and start a new life.  So that’s precisely what she does. She moves to Seattle and steps right into the path of hot and sexy, Preston.

Unfortunately for both of them, Avery ends up being in the wrong place at the wrong time and is now running for her life. But she’s not alone. She has a gorgeous DEA agent protecting her and suddenly finds herself irresistibly captivated by him. There’s only one problem. Preston carries more than his share of mental baggage, courtesy of his job. His covert missions have put him in places and situations he can barely stand to think about. Avery rocks Preston’s world because she is nothing like anyone he’s ever met and something extraordinary begins to happen between them. But can their love survive in this world, where danger, intrigue and deception lurk on every corner? 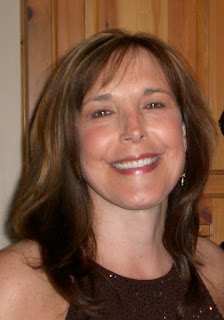 Boy oh boy, was Preston hot. Make that boiling. Scorching. Molten lava kind of hot. Messy dark brown, slightly wavy hair that was not long but not short either. And, oh what a mouth he had. His mouth made me want to jump on board and ride that train for life. His lips were the perfect kind of full and every so often, he’d run his tongue across them and I’d automatically squirm. His face was pure angular perfection...high cheekbones with those slight hollows beneath them, that were the perfect shape to accommodate my lips. But those eyes...my oh my. They were golden brown, like coffee with lots of cream. I could only imagine what they looked like right when he was... Cheezits Ava, get your head out of the bedroom!
“Wouldn’t you agree Ava?” my brother was asking me.
I shook my head and swallowed. “I’m sorry, what did you
say?”
“We were talking about the weather here in the summer and I was saying how much more pleasant it is than in Charleston?”
“Oh, yes it is.” Was my voice breathy sounding, or was it my imagination?
Preston was wearing jeans that rode low on his hips. They were tight and he had a superior set of buns. What would I pay to see those babies?
“Ava? What do you think?” someone asked.
“Buns!” I blurted out.
“Excuse me?” Caroline, my sister-in-law, asked.
Holy Toledo, did I just say buns out loud? What the hell Ava!!!
“Fun! Anything sounds fun!” I quickly said.

“Ava, you look a little flushed. Are you sure you’re feeling okay?”
“Hot! I mean no, I’m fine.” I looked across the room and my face totally flamed. Everyone was staring at me. I had unbuttoned my blouse and was fanning myself. I’d noticed that Preston had a gloriously hot tattoo of a sideways cross on his arm. I think I needed to go home.
“So Avery, where are you staying?” Caroline asked.
“Oh, I’m at the Four Sexy. Seasons! I mean the Four Seasons.”
Oh dear God, I need to get my act together here.
Posted by LoonyAlana at 12:30 AM