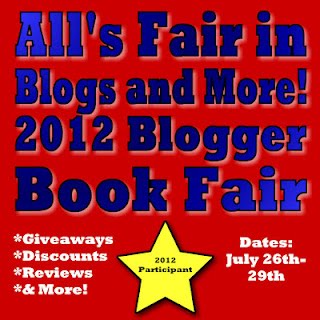 John Corwin has been making up stuff all his life. As a child he would tell his sisters he was an alien clone of himself and would eat tree bark to prove it. For John, making stuff up was about one thing: teasing his sisters. In middle school, everything changed. A class assignment to string random words together into a coherent story led to the birth of Fargo McGronsky, a young boy with anger management issues whose dog, Noodles, had been hit by a car. The short story was met with loud acclaim from classmates and a great gnashing of teeth by his English teacher. At this point, John realized that making stuff up had broader uses. Years later, after college and successful stints as a plastic food wrap repairman and a toe model for several well-known men’s magazines, John once again decided to put his overactive imagination to paper for the world to share.

But I know everyone is eager-
because I mentioned FREE books recently,
didn't I?
Well... keep on reading and waiting, just a little longer!

Ever since I can remember I’ve had an addiction to books, and from the moment I picked up my first Anne Rice novel, I was hooked on the paranormal. The compelling lure of the paranormal world is irresistible. It is a world where anything and everything is possible, and the boundaries of humanity need not apply. A world in which life spans are measured by centuries and millennia, rather than decades, and a woman can possess inhuman strengths and kick major ass, yet still retain her innate femininity.


Why Vampires? They are the ultimate bad boys.

Women love a dangerous man, and what could be more dangerous than a vampire. Vampires embody everything we crave about the stereotypical bad boy. They exude confidence and sensuality. They are exciting, mysterious, and the epitome of masculine perfection—strong, youthful, and indescribably gorgeous. What’s not to love?
My first novel, Bound by Blood, combines my two favorite paranormal legends: witches and vampires—with a little romance thrown into the mix. I hope you enjoy it.

GoodReads Page for Book #1 of the Garner Witch Series

Derrolyn Anderson is a visual artist and writer of young adult fiction. The creator of the four part "Marina's Tales" series, she is currently hard at work on her next book. 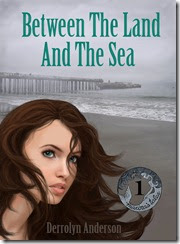 AWARDS!
All's Fair in Blogs and More
is having a book category contest for the books participating in the online book fair!
Be sure to VOTE on the Shut Up and Read Blog! 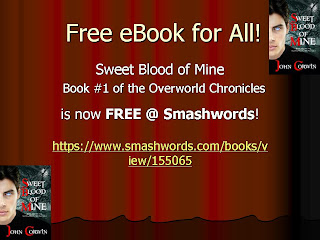 And even better news... this is NOT just limited to this Book Fair!
Now EVERYONE can grab a FREE copy of Sweet Blood of Mine to get their first fix... did I say fix?  I meant taste.
Yeah, an ambrosia sweet taste of the Overworld Chronicles!
... But Wait!  There's MORE! 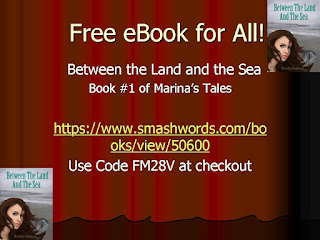 Between the Land and the Sea, Book #1 of Marina's Tales

A GIVEAWAY!
1 eBook of Dark Light of Mine,
Book #2 of the Overworld Chronicles
and
3 eBooks of Bound by Blood,
Book #1 of The Garner Witch series