The Dangers of Dating a Rebound Vampire by Molly Harper 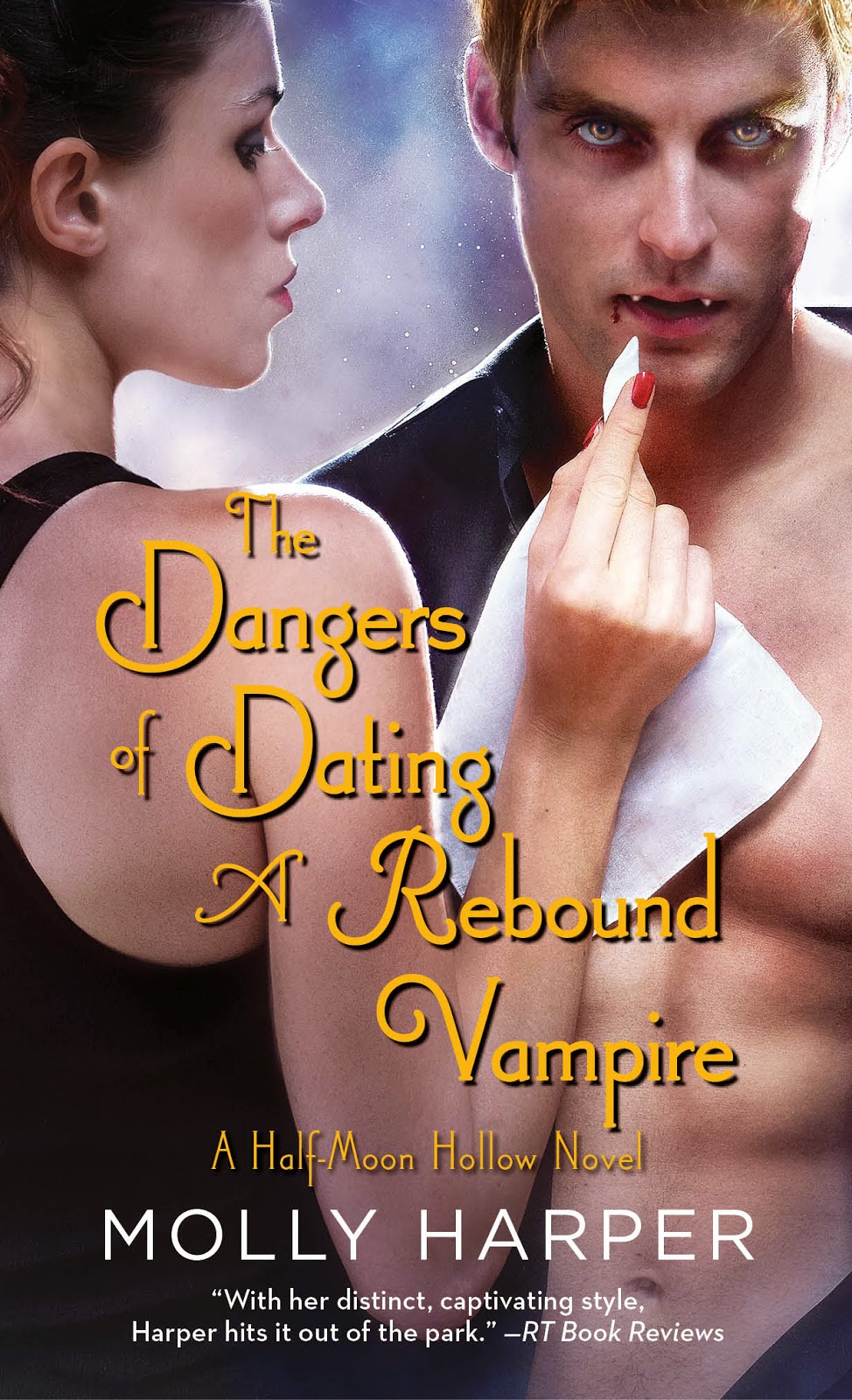 In the next book in Molly Harper’s beloved Half Moon Hollow paranormal romance series, Gigi starts her first job (at Vampire Headquarters), gets over her first love, and may even fall for her first vampire!

Gigi is no longer an innocent teen. All grown up and looking for love, her family and friends worry she’ll go for the sexy, alluring vampire instead of a nice, safe human. But sexy and alluring, with a penchant for biting, could be just what Gigi wants... 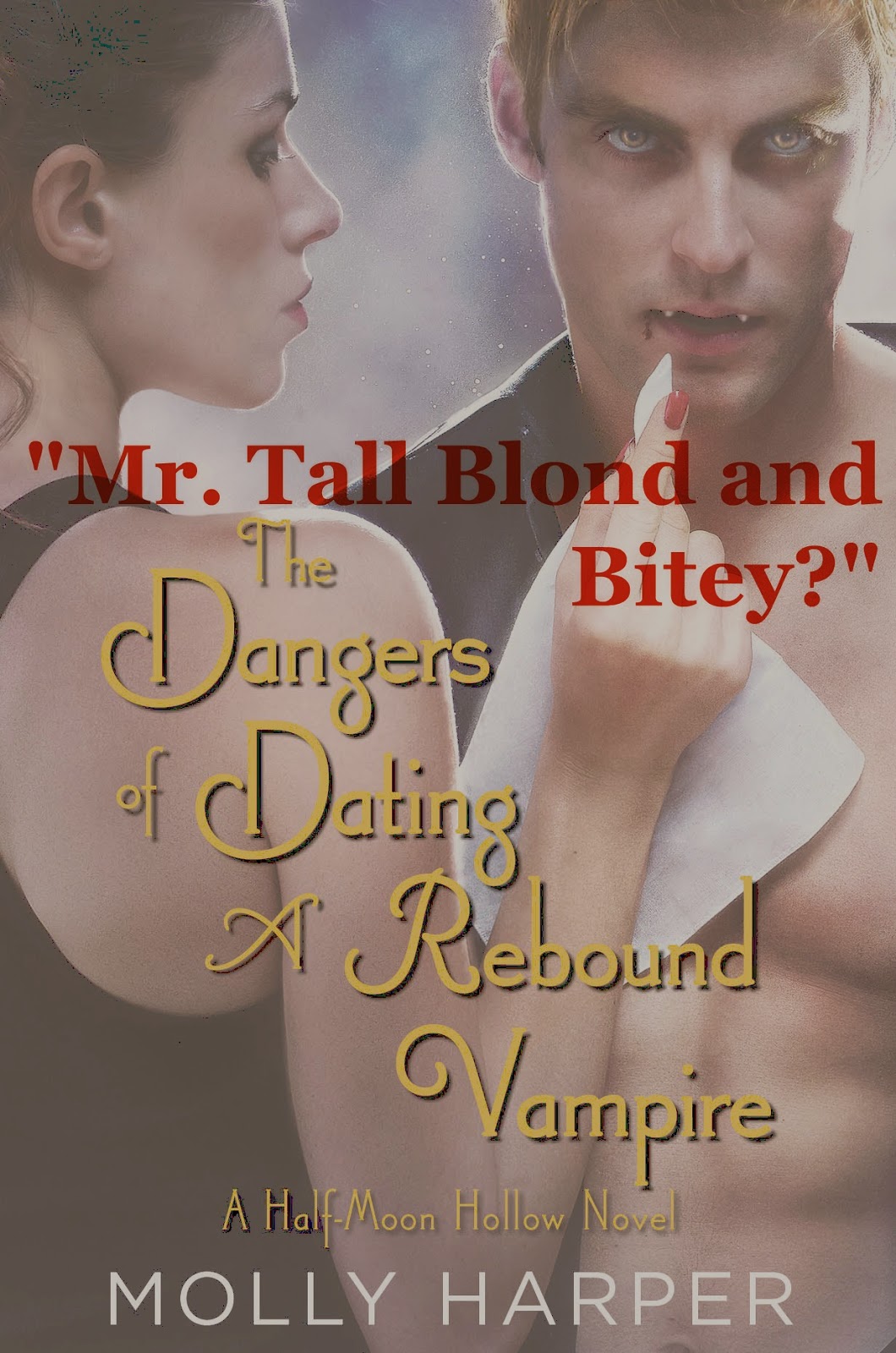 OK, moving on.  The one single thing that made everything worthwhile (and my eagerness to round up my rating to 5): Ophelia getting punched in the face.  *Boom*

*and there was much rejoicing*

*and there was even more rejoicing*

Seriously, if any character was ever asking for a punch in the face, it's Ophelia.  I've developed a long, slow, burning dislike of this perky 'teen' vampire.  Well, perky is really more of a nice way of saying sociopath, but I'm a Southern lady and would never use such a crass tone.  *smirk*

You want snark?  Yup, this one is strong with the snark.  Looking for a slightly New Adult Paranormal slant?  Why, yes.  Rebound's got ya covered.  Romance?  A strong yes, although it's not so steamy that you'll be embarrassed to read in public.  Vampires?  Indeed.  No sparkles anywhere, just the occasional trashy T-shirt the Dick managed to save.  Want to see characters from other books?  Granted, not the entire team assembled, but it was quite close and lovely to see previous characters I fell in love with.

I feel I should give a bit of a disclaimer here... the combo of Molly Harper and Amanda Ronconi (narrator) are one of my feel-good drugs of choice.  Well, specifically the Jane Jameson and Half Moon Hollow series varieties.  They are my happy place, and a near instant auto-buy in audio format.  I'm a fan of Molly Harper's PNR books, but her contemporary romance can be hit or miss for me.  Long story short, my overall love of the series might be coloring my thoughts a bit on this specific installment.  It's not outside the realm of reason.

The reason I'm fighting the full 5 rating on this... while sexual angst and tension ran rampant, it was a hair speedy and I really wanted more background (and just plain MORE in general of) "Mr. Tall Blonde and Bitey".  On one hand, this is a fun, flirty PNR in it's hayday - so one expects a little 'fast forward' and improbable, dangerous situations that create a fast, firm bond between Gigi and the mouthwatering vamp.  But on the other hand, there are moments I wish for a little less flirt and a little more show and tell of the building relationship.  Throw in the fact that this is Gigi we're talking about, and we can throw those hands ALL out the window.  She's like the angsty, young adult/new adult little mascot... for vampires?

In the grand scheme of the series, it's not my favorite but it's most definitely not my least favorite.  I will most definitely put this on my re-read rotation.  If you're looking for some fun and have followed the series*, I'd highly recommend picking this gem up.

*There are some spoilers unless you read the Jane Jameson series first, then read the Half Moon Hollow series.

While I received a free paperback book from XOXOAfterDark  as part of their XOXOperts street team, I also purchased the audio as well.  I also will happily give Audible my money each and every time there is a Molly Harper/Amanda Ronconi audio available. That should be a BIG NEON SIGN that my thoughts are honest and not just stroking the metaphorical hand that feeds me.  My acceptance of the book in no way guaranteed my review would be favorable. 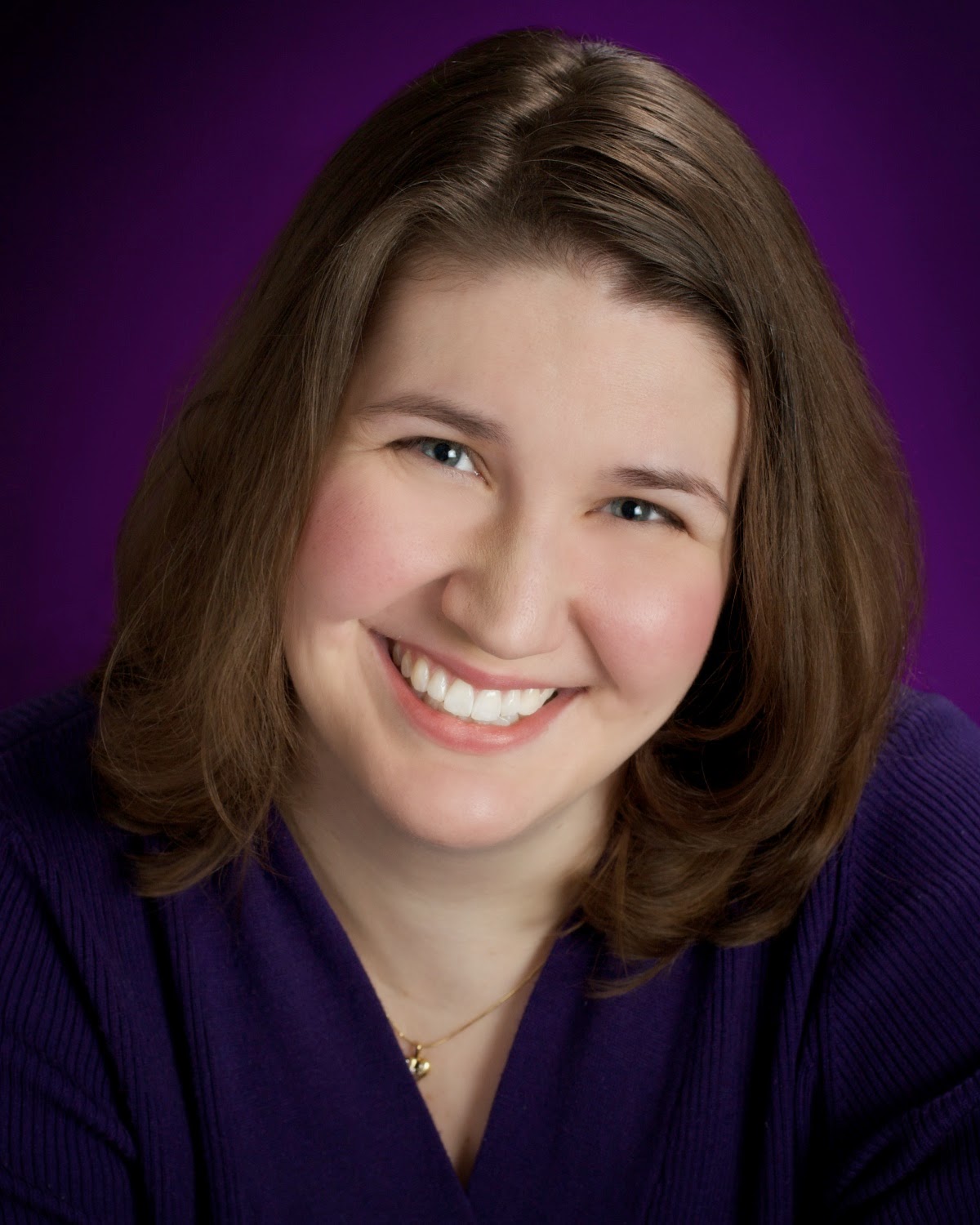 When Molly was considerably older, she headed for Western Kentucky University, where she majored in print journalism. After graduation, she landed a job with The Paducah Sun and married her high school sweetheart, David, a local police officer. After six years at the newspaper, Molly took a more family-friendly secretarial position at a local church office.

Her husband worked nights and Molly was alone with their small child in the “The Apartment of Lost Souls.” A big fan of vampire movies and TV shows, she decided to write a vampire romance novel. Molly created Jane Jameson, a bit of an accidental loser. Jane is single, almost 30, and a librarian working in Half-Moon Hollow, Ky. She has become a permanent fixture on her Mama’s prayer list. And despite the fact that she’s pretty good at her job, she just got canned so her boss could replace her with someone who occasionally starts workplace fires. Jane drowns her sorrows at the local faux nostalgia-themed sports bar. On her way home, she’s mistaken for a deer and shot by a drunk hunter. And then she wakes up as a vampire. The three-book Jane Jameson series–which includes Nice Girls Don’t Have Fangs,Nice Girls Don’t Date Dead Men and Nice Girls Don’t Live Forever—was released in 2009.  A fourth and final installment, Nice Girls Don’t Bite Their Neighbors, was released in 2012.

Molly will launch her first-ever contemporary romance series with My Bluegrass Baby in December 2012.  Rhythm and Bluegrass was released in October 2013.
Molly’s books are published by Pocket Books, an imprint of Simon & Schuster. They are available in print, as e-books and audio books at major book stores and on Amazon. Molly is a native of Kentucky. She lives in Paducah with her husband and children.

... and did you know there was merchandise at Zazzle?  I feel like Yogurt from Spaceballs, "Merchandizing, Merchandizing!"

This is one of my personal favorites: 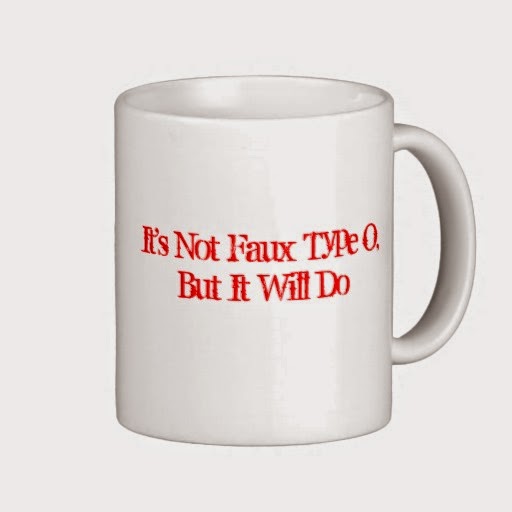 Buy it for yourself


Have fun with her
'Half-Moon Hollow Vampire Name Generator'

mine is:  Bellatrix Snodgrass

... and as one final fun addition, if you're a fan of this series, you'll get it.