Skater Boy Synopsis
For 25 year old attorney, Hindley Hagen, life is all about staying one step ahead of the game. Avoiding surprises and keeping people at a distance is the only way she has to protect herself from the painful scars and shattered memories of her past. When Hindley is offered a new position at her prestigious Austin law firm as sports agent for pro skateboarder, Rory Gregor, she’s ready for the new challenge but completely unprepared for the man who captures her heart. Suddenly, Hindley is thrust into a world where protecting all their secrets could cost her everything; her family, her career, and maybe even her life.
Professional skateboarder and X Games royalty, Rory Gregor knows what it’s like to be at the top. But after two years of bad decisions and one-night-stands, he’s having to make a comeback he never anticipated. Hiring a new agent may be what his team thinks he needs to rebuild his career, but what if it costs him his heart in the process? Just when he thinks he’s posed for a comeback, secrets from his past threaten to ruin his chance for gold and a new love. In a sport where trust means everything, this time... it may not be enough.

••••••••••••
My Skater Boy Synopsis
Find out the dramatic conclusion to Book 1 of the X-Treme Boys Series, Skater Boy.
For the first time in her life, Hindley Hagen has something she’s always looked for, unconditional love. As the attorney and sports agent for X Games golden boy, Rory Gregor, she’s worked hard to help him make a comeback in a professional sport that isn’t always so forgiving. This time, he’s won more than just a gold medal, he’s captured her heart. But now, she’s trapped, caught in the snare of a man playing a deadly game. She must choose, protect the one man who’s made her come alive for the first time in her life or risk losing everything she’s worked hard for, including him. To save them both, Hindley must do the unthinkable or face a life without the one thing Rory Gregor has finally given her; hope. But protecting them means her own demons may surface and from that, there is no recovery. Hindley must learn the hard way, in love and life, there is no such thing as a safe secret.
Trust isn’t something that comes naturally to Rory Gregor. Even his own professional achievements as an X Games multi-gold medalist can’t wash away a childhood filled with abuse, which has left him with a lifetime of insecurities and self-loathing. But now, he’s finally found a woman who makes him feel the one thing in life he never thought possible-smart. With Hindley Hagen by his side, he’s skating better than ever, securing deals that could make them both rich. Yet something is off. Just as he gets inside the walls she’s constructed to guard herself, she pulls away again. She’s hiding something. But then, so is he.
As their need to protect one another grows to escalating heights with deadly consequences, will Hindley and Rory finally find the future together they so richly deserve? Or, will they discover the one thing that could destroy them both forever is actually each other? Find out in this exciting conclusion to the first book in the X-Treme Boys Series, Skater Boy.

It must be said, I found Hindley and Rory to be very real characters that were easy to care for.  I may be pissed as all get out on their choices and their difficulty communicating without the physical and their own doubts and fears getting in the way.  But that's a hallmark of a interesting, dramatic romance.  It's no fun if the characters are bland and if there are never any conflicts...

Though it's NOT a HEA ending, sorry for that minor spoiler, but I know readers where that can make or break a book unless they are warned... and it's a little abrupt on the ending.  Ok, majorly abrupt.  Although good news- book #2, My Skater Boy, picks up right where they left off.

I was (and still am) rooting for Rory and Hindley. Really, I am. Although... we know most of Rory's inner demons- but Hindley is still a huge black hole of 'WTF is up with her'? We see behind the curtain on some issues, but I get that feeling that there is more skeletons hiding in that closet of hers.

I also can't help but mention, while there are some HOT things in these pages, there are almost as equally some of those (almost movie-like)  'camera pans to the curtains' moments.  It's like it was sitting on the fence between a vanilla, New Adult/Romance and a spicy, racy Contemporary Romance.  Again, fine lines between the two, and I really wanted it to (sorry to be crude here) but shit or get off the pot.  For all my complaining here, I still was charmed by this book and these characters.  I want to know more, and I'm keen to find out their entire story in My Skater Boy!

I received a free eBook from Kay Manis in exchange for an unbiased review as part of a Enticing Journey Book Promotions blog tour.

•••••••••••••••••••••••••
Excerpts
SKATER BOY (X-Treme Boys Series, Book 1)
--Hindley--
Sensing my anxiety, Skater Boy headed toward my bedroom door but I didn’t want him to leave, not yet. I had an overwhelming need to touch him so I reached out and caught him by the arm. His muscles were defined and hard and I held on longer than I should have. His eyes looked down at my hand then back up to me.
“Hey, I just wanted to say thanks for last night. I really appreciate you taking care of me,” I said. I could see him working hard, trying to figure out if I was telling the truth or not. I’d been right about his height. He was tall, over six feet, but my five foot eight stature seemed to match his perfectly.
“Why do I feel like that might have been one of the hardest things you’ve ever had to do?” I raised my eyebrows in disbelief, shocked at how well he already knew me. I prided myself on not needing anything from anyone, so words of gratitude from me were few and far between.
“Probably because it was,” I answered, pushing past him and through the door on my way to the bathroom, feeling every bit as vulnerable now that I was fully dressed as I did lying next to him in nothing but my underwear. Somewhere deep inside, I wished I was back there, though, back in bed with him, relishing how beautiful he was.
•••••••••••••
MY SKATER BOY (X-Treme Boys Series, Book 2)
--Rory--
Today was the day I’d dreaded forever, the day I realized I was the source of Hindley’s pain and anguish. It truly was me I had to protect her from, not all the others threatening to harm her. The only way I could do that now was to leave her alone. I bolted out of the elevator, running to my room as fast as I could, afraid I may actually vomit in the hallway before getting to the bathroom. Losing Hindley wasn’t an option, but the choice wasn’t mine to make. Suddenly, that one realization, the fact I was no longer in control, scared me more than anything I’d ever known.
•••••••••••••••••••••••••
Meet Kay

Facebook / Goodreads / Website / Instagram
Kay Manis lives in Austin, Texas with her husband, daughter and five pound Chihuahua affectionately named "Tiny." When not writing or researching you'll find Kay reading a good book, eating out with friends or napping.
Kay's biggest goal in writing is to amuse, inspire and entertain. If she's done that for you then she says she'll always consider herself a success.

Dark Obsession Chronicles got a chance to meet Kay at an author event in 2013! 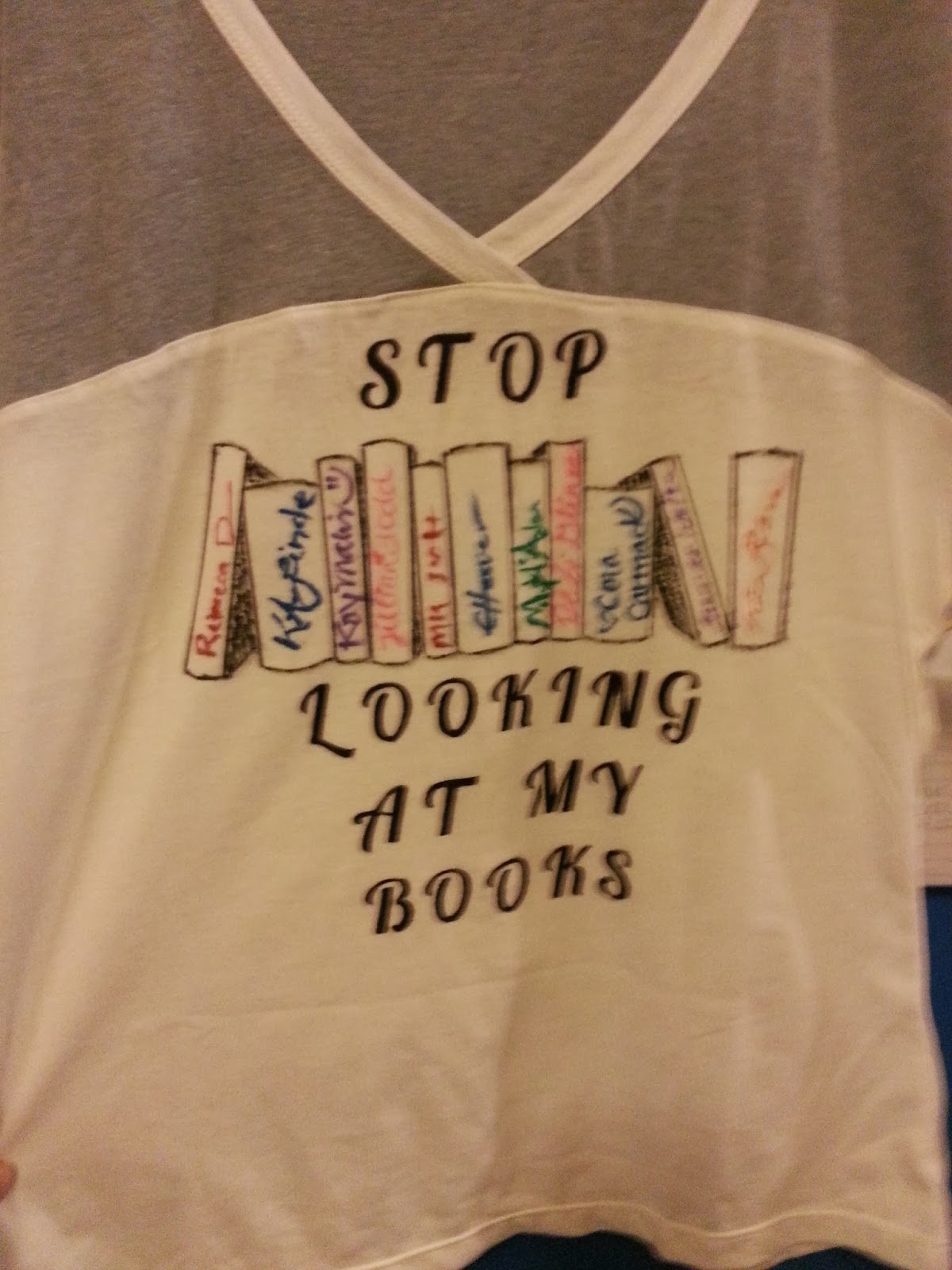