I'm a girl. I met a boy. Why can't it stay that simple? Here, in this town, summer doesn't just mean tiny bikinis and sunglasses, white toothed grins and lounging at the beach. It means pain. And loss. And false promises. It means liars pretending to be saints, friends pretending to be enemies, rivals pretending to be lovers. For me, it means being crushed. The Crush, actually. The one they all want simply because they were told to. It means being surrounded by beautiful faces and gorgeous bodies, sweet words and sizzling kisses. It means being wanted and despised. My name is Chloe Summer, and I'm afraid that if I'm not careful, this summer could be my last.

Holy hell. How to rate this.


This has got to be the most bizarre correlation to a group of movies I think I've ever suggested, but the more I think on it, it's the BEST way to sum up the book in a nutshell.  It's like taking the movie 'Heathers' and mixing it with 'I Know What You Did Last Summer', then add a dash of 'Scooby Doo' and 'Fight Club'... maybe even a sneeze from Gossip Girls.  The 'Heathers' and 'I Know What You Did Last Summer' represent how much darker it was than I anticipated.   'Scooby Doo' just ALWAYS comes to mind when you mix teens and a mystery.  Fight Club, because nobody talks about Fight Club The Assignment.  Everybody condones and/or participates in The Assignment.  You can't avoid The Assignment.  The sheer amount of angst and 'cliques' and high school pecking order is the sneeze from Gossip Girls.

Odd mixture, right?  With the exception of the beginning, when I was trying the learn what The Assignment was, why one would want to avoid it, and drowning in angst; I was sucked into the pages.  The early parts, as I mentioned, was a little more of a battle.  I needed chapter breaks and tried to express to my husband (unsuccessfully) what was going on.  I wanted to share- I think this would be a fabulous buddy read choice!   The mystery lead a nice trails of breadcrumbs, although it's set up where I NEVER would have predicted the end based upon the beginning.  Pieces started falling into place quickly enough to engage me (especially getting me over my initial awkwardness.)


It's that early acclimation that really docked that final star off my review.  That, and I wanted more Casper (I'm selfish) and I really fought against the mature residents of the town and their reactions based upon past Assignments.  I just, as a parent, can fathom an entire town supporting this for so long.  It just grates against me so much- and that contributed to my early reluctance.  Ultimately, if you don't mind a more vanilla YA romance mystery with dark overtones of the underbelly of mob mentality, I would HIGHLY recommend picking this up.  Once I was finally hooked, I fell hard and crushed on Crushing Summer!

I received a free eBook from the author in exchange for an unbiased review as part of a Love Between the Sheets blog tour. My thoughts are my own.

C.M. Stunich was raised under a cover of fog in the area known simply as Eureka, CA. A mysterious place, this strange, arboreal land nursed Caitlin's (yes, that's her name!) desire to write strange fiction novels about wicked monsters, magical trains, and Nemean Lions (Google it!). She currently enjoys drag queens, having too many cats, and tribal bellydance. Always a fan of the indie scene and 'sticking it to the man,' Ms. Stunich decided to take the road less traveled and forgo the traditional publishing route. You can be assured though that she received several rejections as to ensure her proper place in the world of writers before taking up a friend's offer to start a publishing company. Sarian Royal was born, and Ms. Stunich's books slowly transformed from mere baking chocolate to full blown tortes with hand sculpted fondant flowers. C.M. is a writer obsessed with delivering the very best and scours her mind on a regular basis to select the most unusual stories for the outside world. Ms. Stunich can be reached via e-mail or by post and loves to hear from her readers. Ms. Stunich also wrote this biography and has no idea why she decided to refer to herself in the third person. Come visit me at www.cmstunich.com and follow me on Facebook !

"About A Girl" by The Academy Is…
"Summer Hair = Forever Young" by The Academy Is…
"Swing, Swing" by The All-American Rejects
"One More Sad Song" by The All-American Rejects
"Flavor of the Weak" by American Hi-Fi
"Sk8er Boi" by Avril Lavigne
"The Great Escape" by Boys Like Girls
"Just the Girl" by The Click Five
"Catch Your Wave" by The Click Five
"Hot Mess" by Cobra Starship
"Brand New Skin" by Count the Stars
"On the Way Home" by Count the Stars
"The Curse of Curves" by Cute is What We Aim For
"If It Means a Lot to You" by A Day to Remember
"Graveyard Dancing" by Destroy Rebuild Until God Shows
"Note to Self" by From First to Last
"Secrets Don't Make Friends" by From First to Last
"Ride the Wings of Pestilence" by From First to Last
"Hot N Cold" by Katy Perry
"Roar" by Katy Perry
"The Show" by Lenka
"Trouble" by Never Shout Never
"Time After Time" by Quietdrive
"Both Ways" by Quietdrive
"Say You Like Me" by We The Kings
"Skyway Avenue" by We the Kings
"Check Yes, Juliet" by We The Kings 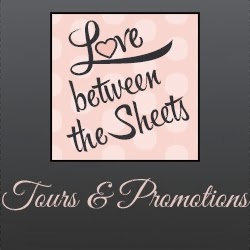