Branded Book Tour~ Will You Succumb? 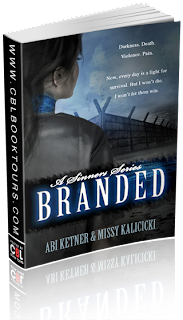 Twenty years ago the Commander came into power and murdered all who opposed him. In his warped mind, the seven deadliest sins were the downfall of our society. He created the Hole where sinners are branded according to their sins and might survive a few years. At best.

Now LUST wraps around my neck like blue fingers strangling me.   I’ve been accused of a crime I didn’t commit and now the Hole is my new home.

Now, every day is a fight for survival. But I won’t die. I won’t let them win.
The Hole can’t keep me. The Hole can’t break me.
I am more than my brand. I’m a fighter.

My name is Lexi Hamilton, and this is my story. 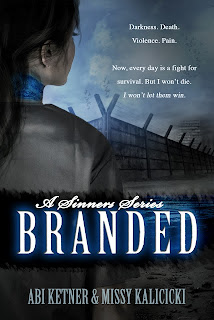 "At what point do they believe what's been branded on their skin instead of just knowing who they are inside?"

It was a a jarring tale of a descent into the very bowels of Hell, because I can't imagine Hell being much worse than the world in this book. It's like taking the horrific tales of the Salem Witch Trials, only adding a Dystopian, futuristic post-war society controlled by essentially a sociopath dictator. No trial, or even a sham of one. No jury, just ostracized immediately by everyone you've ever known. Just one accusation and you lose everything. Your home, your family, your freedom, your safety, your dignity; you now belong to the Hole.

“To the outside, I'm filth now. I'll never be allowed to return to the life I knew. No one ever does.”

It's chilling; no Camp Cupcake, no early release for good behavior, no pardons...

Relationship are forbidden between the guards and the sinners. The most dire of consequences await those that disobey this rule. At yet love finds a way in the unlikeliest of places... Why does the forbidden fruit always make the taste that much sweeter? The tender moments of love between Cole and Lexi provide the perfect foil to the bleak reality that slaps them in the face each morning.

“He takes my face into his hand, and reassures me. "So outside of these walls, we can't stand each other."

Despite many other reader's experiences, the beginning did not grab me at first. I think I was getting A Handmaid's Tale flashbacks for a moment, and did a mini freak out and had to take a chapter break. Yes it's YA, yes it's Dystopian, yes it has romance... but it's just SO bleak. Damned if you do, damned if you don't. Once I had fortified myself, I was able to continue. Then, oh boy, did I continue. Into the wee hours, greedily (Darn it that's a sin, gotten watch that around this book,) inhaling the pages to find out what happens next. For me, once that initial slump was conquered, I happily climbed the mountain and flung myself into the story.

Lexi, Lexi, Lexi. I'm so conflicted over you. On one hand, you have your fierce moments and on the other hand, you are running head first into trouble like you want to get killed. I have to give a shout out moment here to Duchess Nicole*, I think she mirrors my thoughts on Lexi perfectly:

"She started becoming the idiot girl in a B movie, going into the dark stairway with nothing but a flashlight and her boobs to protect her." This. All of this. Exactly. It wasn't enough to completely throw a wrench in my enjoyment, but it was a there. Some moments, more often fleeting and rare, but I would see strength in Lexi. It's quite the contradiction, I know.

“I never planned on falling for you. You were just an assignment. But it just sort of happened and now... There's not a single thing I would change about you. When you smile, my entire world stops. All I see is you. I need you.”

Okay, I think I have to admit here, and I'm a freak (I'll just say it now) but hands down my favorite character (now I really know I'm in trouble) was Zeus, the dog. He adopted Lexi from the start, couldn't care less why she was there, he was smart and loyal... it really tipped my ratings scales just on Zeus alone. Okay, I know I'm getting jumped by all those Cole fans for putting Zeus first, but maybe I like living on the edge.

I cannot stress the brutality of this book enough. Imagine the Hunger Games meets Gangs of New York, and maybe a dash of the romance and forbidden love from West Side Story and then spray bullets on all that and flesh singeing brands... fluffy this is not. Blood, death, torture, the most base desires of humanity. It's entirely anti-fluffy with a few softer moments that rounded the edges. I can't help but want to continue the series to see what is in store for them!

“You can overcome anything...short of death."

I received an ARC from NetGalley in exchange for an honest review.  *Quote is from Duchess Nicole's review of Branded located on GoodReads and can be found by clicking on her name in the above review. 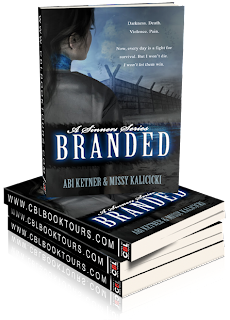 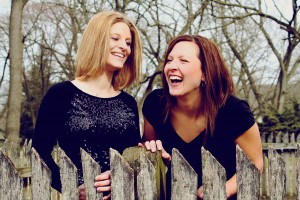 Abi and Missy met in the summer of 1999 at college orientation and have been best friends ever since. After college, they added jobs, husbands and kids to their lives, but they still found time for their friendship. Instead of hanging out on weekends, they went to dinner once a month and reviewed books. What started out as an enjoyable hobby has now become an incredible adventure.

Check out the rest of the stops!

Into the Night Reviews

Delphina Reads Too Much

Email ThisBlogThis!Share to TwitterShare to FacebookShare to Pinterest
Labels: Blog Tours and Hops, Dystopian, YA